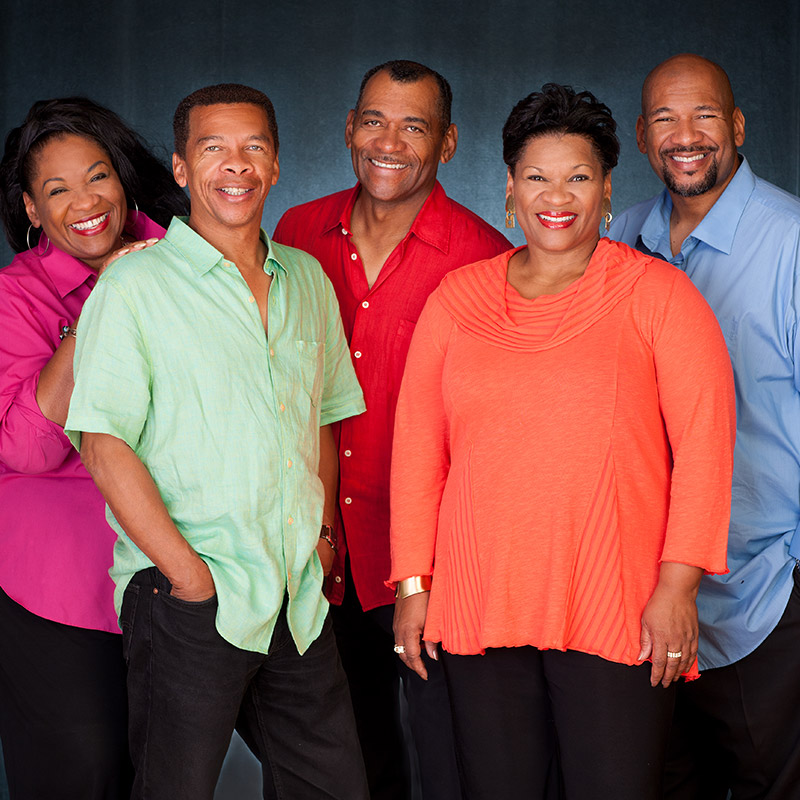 The Steeles consist of five siblings; J.D., Fred, Jearlyn, Jevetta, and Billy Steele. They have been singing together since they were children growing up in Gary, Indiana where they began to develop their style and soul. Each came to Minnesota for different reasons; however, it is clear they were meant to be a part of the Minnesota sound. They have recorded and performed with Prince, Donald Fagen, Morgan Freeman, George Clinton, Mavis Staples, Johnny Lang, Peabo Bryson, The Five Blind Boys of Alabama, and others throughout their long and storied career. The family has traveled around the world in the acclaimed musical The Gospel at Colonus' including a Broadway run at the Lunt Fontanne theatre in1988. Their recent accomplishments include projects with corporate clients including Target, Best Buy, AMBEV, and Delta Airlines. They have been featured on local and national commercials and enjoy an international profile that has earned them a worldwide audience.

Their melodic sounds have been heard around the world including Carnegie Hall, Paris, London, Barcelona, Italy, Moscow, Brazil, Scotland and around the US. The Steeles have also contributed to several film soundtracks including the documentary Hoopdreams, Graffiti Bridge, Blank Man, and Corrina, Corrina. The siblings continue to perform in world class productions around the globe both collectively and individually.

J.D., the eldest sibling, was awarded a Bush Artist Composer Fellowship and is currently the director and founder of the MacPhail Community Youth Choir. When speaking of J.D.’s gifts as a song writer in the acclaimed Burial at Thebes at the Guthrie Theatre, the StarTribune wrote “…Steele made the magic happen”.  In 2005, he ventured to Nairobi Kenya and developed a youth choir called Shangilia Youth Ensemble located in one of the largest slums in Africa. His three workshops enabled the choir to make its debut at the Zanzibar Film Festival in Tanzania and have successfully finished a tour in the states. Finally, the choir made its way to the Twin Cities and was presented in concert in 2010 at the prestigious Ordway Theater in St. Paul.  He has been commissioned on ten original musicals including the collaboration with his sister, Jevetta, on Two Queens, One Castle at Mixed Blood Theater in Minneapolis and Snapshots; Life in The City at the great American History Theatre in St. Paul.  J.D. continues to tour internationally with the musical productions of Bagdad Cafe the Musical and the Gospel at Colonus.

Fred has been in constant demand for corporate shows throughout the states. Some of his noted clients are Medtronic, Target, and the Urban League of Minnesota. His voice can be heard on countless voiceovers and vocal advertisements. His inspirational CDs for Compass were released under the Lifescapes label and include Gospel, Allelujah Women of Gospel, and Spirituals.  The top selling series is still available around the country. He is a noted composer, arranger, producer, and actor performing in the musical productions of SWING and Mahalia which has taken him on tour around the US.

Jearlyn, whose phenomenal performances in Mahalia also brought her critical acclaim, released another solo CD entitled Jearlyn Steele Sings The Songs From A Prairie Home Companion.  A beautifully crafted album, this collection features Jearlyn’s voice on a compilation of popular songs she has performed on the national broadcast over the years. Jearlyn is also featured in the movie release of Garrison Kiellor’s A Prairie Home Companion, Robert Altman’s last feature film before his passing. She is often a featured guest on the program as well. In addition to being in demand as a motivational speaker, she is host of the top rated Sunday night radio show, Steele Talking on WCCO Radio 830AM.  As if that is not enough, she has finished her BA degree in Organizational Management and Leadership from Concordia University in St. Paul in 2011 and is now attending graduate school at St. Catherine’s University St. Paul.

Jevetta is an Academy Award nominee for her performance on the soundtrack Calling You, which was featured in the movie Bagdad Café.  She has starred in the musical production of the same name in Spain, France and Germany.  As a playwright, Jevetta wrote and starred in her semi-autobiographical musical Two Queens, One Castle , which premiered at Mixed Blood Theatre in Minneapolis, Atlanta’s Horizon Theater,  and the Stage Theater in Washington, D.C.  Jevetta’s release of her highly anticipated jazz compilation entitled My Heart, ushered in a CD release concert at the Dakota Jazz Club in Minneapolis and a showcase at Joes Pub in New York City in February 2007. She has also performed in The Buddy Holly Story at the Ordway Center in St Paul, MN and has been a featured soloist with the New Jersey Symphony, Chicago Symphony, and Detroit Symphony orchestras.  Her musical contribution to the acclaimed A Letter to Rosa Parks CD has been released featuring the Detroit Symphony Orchestra. Most recently, Jevetta continues to reprise her role in the Gospel at Colonus and 2011 marked a career first with the title role in Penumbra Theater’s Ma Rainey’s Black Bottom .  The Wall Street heralded her performance which toured the Southwest and concluded at the renowned Guthrie Theater.

The youngest sibling, Billy, performs, writes, and produces for the Grammy Award winning ensemble Sounds of Blackness.  He is the co-recipient of three Grammy’s via this talented ensemble.  He continues to write and produce for various artists including The Steeles. He has had the distinct honor to work with artists such as Rod Stewart, Quincy Jones, the late great Luther Vandross, and many more. His collaboration on the Disney soundtrack of Legends, The John Henry Story narrated by James Earl Jones has been critically acclaimed by the industry.

The Steeles have collectively released seven CDs and is currently working on the eighth. For more information please visit the website at www.thesteelesmusic.com or contact Jearlyn Steele at 651-503-8547.