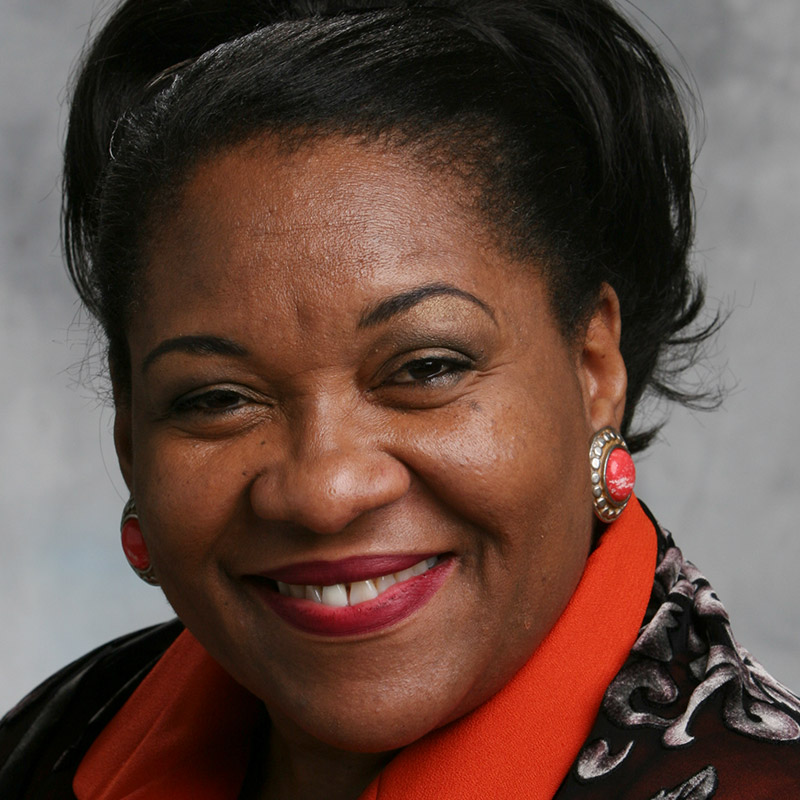 A native of Indiana, Jearlyn relocated to Minnesota and after much encouragement, she ventured out singing in churches, community centers and nightclubs. This eventually led her to theater where she has performed at such venues as Penumbra Theater of St. Paul, the Old Log Theater in Excelsior, The Historical State Theater in downtown Minneapolis, the Ordway Center for the Performing Arts in St. Paul, and the world renowned Guthrie Theater. Over a decade ago, Jearlyn, along with her siblings, The Steeles, began a successful run of the pop/gospel musical “Gospel At Colonus” which made its way to Carnegie Hall.

After Colonus, Jearlyn could be found in the studio recording national and local commercials for companies such as Kohler, H&R Block, Slumberland, Aveda, Target and many more. Her voice can be heard on various CD’s for national artists like George Clinton, Mavis Staples and Prince, with whom she has toured and recorded a duet, entitled “Race”. She has been a frequent guest on the prestigious A Prairie Home Companion radio show and can be seen in the final Robert Altman film, A Prairie Home Companion starring Meryl Streep as well as the Ray Romano movie, 95 Miles To Go. Among her honors are; Newsmaker of the Year 1998 by the MN Women’s Press, The William (Billy) Griffin Award by the Hallie Q. Brown Center, Beautiful Strong Woman 2002, Honorary Member of the Gustavus Library Association and the CBS Radio General Manager’s Achievement Award 2006.

Currently, as host of the CBS affiliate WCCO Radio 830 AM, Jearlyn’s talk show, Steele Talkin’, can be heard every Sunday night from 7pm to 11pm in approximately thirty states nationwide and Canada. And be sure to catch Jearlyn on Twin Cities Public Television where she has joined forces with the award winning Almanac as entertainment reporter.

Corporations such as Wells Fargo Bank, Carlson Wagonlit, Ameriprise, and LifeTouch have incorporated her sound into their winning message. Recently, she has moved into another genre, public speaking, where she refers to herself as the singing speaker! G&K Companies, Executive Women’s International St. Paul Chapter, Health Partners Professional & Support Staff Conference, Northwest Agra Dealers, Luther Seminary and the University of Indianapolis are just a few organizations who have heard her stories called Songs In The Key of Life. From the former Soviet Union to parts of Asia, Jearlyn has shared her voice with elated audiences around the world.

A mother of two, Jearlyn has branched out to become more involved in creating ways to affect women and children’s lives in a positive way through music and public speaking. She has served on boards for the Ordway Circle of Stars and Chrysalis, a center for women. She is a member of the American Federation of Television and Radio Artist (AFTRA) and Screen Actors Guild (SAG). A commercial list is available upon request.